Vault 15 houses the heart of Raider Command. Legends, History, Past endeavours and much more.

The defendant has exercised his right as a Khan for a formal appeal and GAUNTLET review. The responding officer has also indicated that he will accept the hearing of this appeal openly, and both parties have asked for impartial judicial commentary. These conditions being met...

Let me begin by explaining the ancient Khan tradition of GAUNTLET Appeal.

Many moons ago, several Khans received bans for various reasons, and subsequently requested return to the ranks of The Khans. A process was created, similar to our existing pledge process; Where the Khans would openly discuss the matter for 48 hours, and decide whether the ban would remain, or be repealed. The presiding Raider Leader would be mandated to stand by the action of the acting officer, even if said officer had changed his mind, and if 3 other Khans openly chose to maintain the ruling ban - the ban would stay in place.

- The ban would be lifted should no 3 additional Khans choose to enforce it.


- All Khans were requested to provide their input, and motivate(debate) for lifting or maintaining the ban, and their reasons why.


- The accused was also invited to speak in his defense


- Accusers, and the acting officer were invited to speak


- The Raider Leader, and the Acting officer, retained veto right to block any appeal.


- Conditions could be dictated by the Raider Leader, or the Khan membership, for the accused.


This process resulted in many successful repatriations of Khans, and the repair of many slights and damages, and the prevention of additional shit talk etc. As the entire community was open to discussing the matter at hand, having their opportunity to speak openly - before all Khans.


CONDITIONS
The acting officer and I have discussed conditions of return for the accused, those conditions include:
-Ribbit must respect the chain of command
-Ribbit must only speak highly of other Khans, and may never discuss them in a less than positive light
-Ribbit must focus on having fun, and ensuring others have fun
-If Ribbit wishes to rage, or does not want to associate with person(s) deemed momentarily irritating, he is to log off without warning, and resolve this on his own.

Note these are all conditions that will likely be part of the upcoming code of Khanduct for all Khans.


Regarding the disrespect, and rage issues, Ribbit does not deny this has been a point of struggle for himself in game and out, but has noted that he feels The Khans is his home, and that he is trying hard to improve this issue.

I am aware that he has approached each and every member he has had dispute with, requesting their patience and respect, and I am of the opinion that he has mostly resolved any outstanding balances he has with any Khans directly.

I also know that should there be any Khan that does not feel they have been properly repatriated and respected by Ribbit, that he will work to resolve that directly with them in private, should they so much as ask.

It is my opinion that Ribbit should be repatriated, based on the above conditions he, The responding officer, and I have agreed to; but per Khan tradition, the Raider Leader must represent the original decision of the officer.

If you sincerely feel Ribbit should remain banned. Then take the pains to post the symbol of the Court of Khan Law.

If you sincerely feel Ribbit should be liberated back into our ranks, and absolved of his crimes, as I do. Then speak and motivate for his release.

That is all - you have 48 hours to respond, then this thread will be closed/locked.

Per Khan Law and Tradition. This Gauntlet Appeal has been completed.

These Khans have stepped forward before all of their brothers to uphold the exile and ban of Ribbit for his crimes against The Khans. These Khans being more than three (3) in number meet the threshold set forth by our tradition of gauntlet appeal to uphold the ruling made in the field.

The ruling is final, there are no further appeals. No term limit for the ban has been set at this time. It may or may not be set at a later date.

By Khan Law, Ribbit is to be treated with utmost respect upon his departure, for his time served within the organization.

Ribbit is not to be shot, murdered, targeted, robbed, or otherwise harassed, should he choose to remain neutral to The Khans, and should he choose to maintain his respect for the Khans and it's membership. Any deviation from the this mutual pact of respect will result in his treatment being equal to any wastelander.

Ribbit leaves us in exile... and this matter is formally closed. 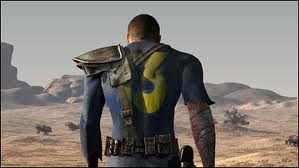